Looking at the current scenario, it has been noticed that more and more teenagers have become glued to social media platforms, spending almost 9 hours per day, either through the laptop, desktop computers. But most of the time, mobile phones are found much common for talking and socializing.

Whenever you find a free product, then there are possibilities of you becoming the product. Yes, this is right, and we are saying this in the context of how people are becoming a product to social media platforms, which are mostly free. In comparison to the current time, there was no exploitation of customer information and data in previous times.

The data or information which is being referred here included content, habits, behaviours, place, and preferences. If you too have been a regular user of social media sites, then you might be knowing about how getting login into any social media platform, leads to facing marketing campaigns and targeted advertising, persuading you to follow it. Well, it won’t be wrong if the user’s desires are being targeted, in case it is causing help in business networks, sharing ideas, news, etc. But contrary to it, there can be some cons too.

And one of the foremost among these cons is the centralization of many social media channels, today. The only motto which is being focused upon is the happiness of stockholders, instead of paying heed for the welfare of society. This breeds the exploitation of a user’s content. Besides this, there are other serious concerns related to security and privacy. Users do not much to say about how their content is utilized. For example, the most popular social media platform, Facebook has too faced the brunt of criticism of snooping on users via microphones and smartphones.

As it says when there is a problem, there is a way out for it. Blockchain technology, an important part of the cryptocurrency world has been finding its use in various streams. Social media is the latest addition. The distributed ledger technology is well-known for its being decentralized. Here also it finds its use for securing users’ social data through the method of encryption, adjoined with anonymity and privacy.

Coming back to our main subject which is based on the top 3 blockchain-based social media platforms, we bring you some of the social media networks that fall under this category. So let us start with:

Indorse stands among the top social media platforms based on blockchain technology. It stands as the top of the Ethereum blockchain, comprising its currency and economy. Indorse encourages its users with ‘skills economy’ by its named Score reputation system and rewards, and token paying. It is motivating for them to curate a platform that would focus on upgrading privacy and security for the information and data of users. It will also let smart contracts paired with payment channels.

Coming on to next is Steemit. It is also one of the top blockchain-based social media networks, that underpins crypto rewards, and social connectivity. It encourages users by getting them paid for posts. In addition to social currency, Steemit comprises its central cryptocurrency. The Steam Power token constitutes how much impact it has on Steemit. The more it is, the more the upvotes are counted. A user can benefit from this platform by gaining Steem Dollars and add-on Steem Power.

Joining the list of the top blockchain-based social media platforms is Nexus. This platform is keen on its objective to decentralize social media and its other operations. The power of crowdfunding can be very well harnessed when a combination of social media and blockchain becomes possible on Nexus. Due to the inclusion of central currency, blockchain curtails the requirement of outer payment methods. Nexus can be well-utilized for selling and buying in the marketplace, and also buying ad space.

These are some of the top 3 social media networks which are based on blockchain technology. However, there are are other two blockchain-based networks, which are Synereo and Obsidian Messenger. Synereo makes the best use of WildSpark, to engage blockchain technology, where users are rewarded for their productivity. AMP is its central currency, which comprises features of like and share. If you are not abreast of blockchain regulation today, then you must have missed the fact that Synereo has been ranked among the top 5 cool vendors in Blockchain technology. Coming on to Obsidian messenger, it encrypts pictures, information, payments, messages, and files with a 256 Bit encryption algorithm, through end-to-end use of encryption.

Articles You May Read 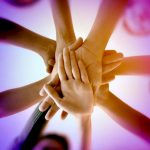 What is Technical SEO? Best Practices and Checklist