In the contemporary world, mobiles have become an essential part of our lives. You can see each and everyone getting glued to their mobile systems. The numerous apps in the mobile amaze a person with its unique features. But do you know something about mobile app development? If not, then today, we are going to tell you the facts about mobile app development and the process associated with the technology.

If you are carrying a smart mobile set with numerous apps to explore, then it becomes essential for you to know about Mobile Application Development. It is a process by which the apps which are displayed in your mobile devices, including mobile phones, enterprise digital assistants and personal digital assistants. Being an essential part of the development process, mobile user interface, it plays a vital role in the creation of apps. It focusses on mobility, contexts, screen, constraints, and input as outlines for designing.

In mobile app development, the interface finds it necessary to involve hardware and software along with users focus on interaction with the device. During the making of Mobile App Design, the user is allowed to make manipulation in the system, allowed by user input, whereas on the other side, the device’s output enables the system to indicate the user’s manipulation effects. Mobile UI design includes limited form factors and attention, like the screen size of the mobile device for a user’s hands.

During the process, Mobile user interfaces depend upon mobile back-end for supporting access to enterprise systems. The mobile back-end then performs the role in facilitating security, authorization, data routing, authentication, service orchestration, and working offline. It is supported by middleware components including Mobile backend as a service and SOA service-oriented architecture infrastructure.

Mobile app development is becoming a growing trend in the field of technology, with 3 billion users using smartphones worldwide. Besides this, in 2019, it was found that 1.5 billion people using tablets. It was also found that on average, most people love to spend 90% time on mobile, whereas 700 million apps have been reported to be downloaded from many multiple app stores.

Some Important Components That Impacts The Users Decision

Now, after knowing important facts about mobile app development, let us tell you about some components which impact the users’ decision.

Project cost: Project costing is a central issue when it comes to approaching an expert. If you are down with your financial conditions, then it becomes difficult to approach a person with expertise. But somehow it is possible to find the Best Mobile Website Designing Company in Delhi, NCR that can work at a reasonable cost. So be smart in making the best choice.

Timely changes: In case of last-minute updation, you can rely on an expert, who with the expertise of knowledge of mobile app development may do the needful task as per your expectation. In comparison to the agency, it may not be able to spend the whole time in providing you with a satisfactory response.

Paying Regards To Extension Administrators: When you are satisfied with the item movement, then taking guidance and suggestion from the extension administration is always acceptable and useful.

Knowing facts about mobile app development is a must guide for those who spend most of their time on mobile phones. Today with this blog, you’ve got immense knowledge about mobile app development and about the features and listed components that are involved in its working. It is becoming a growing trend in the age of the current technology era, where the majority of people have become tech-savvy and are found glued to their mobile apps displaying different features. Seeing the growing admiration for mobile apps among people, soon mobile app development will make a more bright future in the coming years. It is interesting to know the process behind the technology you are fond of carrying along with you. It gives you knowledge about the various tools that are responsible for making the technology. 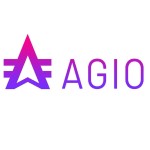 Agio began its journey with ten energetic young guns with little experience but an ocean of confidence and self-belief. We faced initial hiccups, but we were ready to take on new challenges and deliver the best outcomes. Our relentless pursuit of excellence made us the best solution provider for a range of IT and Digital Marketing Services. The versatile nature of our business helps us explore different facets of projects. We follow a top-to-bottom approach, which helps us gain sufficient insights into the product. Later, we deeply analyze the possible ways to deliver optimum results. Under the aegis of Founder, the company has grown by leaps and bounds ever since its inception. Guided by strong leadership at the top, we have built a team of highly skilled professionals, whose expertise reflects upon the outcomes we generate. Despite being in the industry for a short span, we have managed to acquire several clients, mainly because of our extraordinarily high success ratio of 96%. As a company that is deeply dedicated to improving the customer experience, our objective is to keep bringing in maximum productivity that can ensure the success of our clients’ businesses. We firmly believe that our growth depends on our customers’ growth, and, therefore, we go beyond our limits to support them in their work.

Top Trends That Define The Future Of App Development