In the 21st century, many companies have learne new methods of survival while others stick to the methods that are ideal for the type of business they run, according to Daniel King’s Organisational behavior, George Ritzer’s theory on contemporary organizations suggests that fast food outlets such as McDonald’s have a very efficient system that they conduct during their day to day operations which not only saves time but also is very cost-effective, they have become so over time with the help of digital builders and online sales experts such as a link building company, due to the fact the firm is benefiting from the speed of the workers work rate.

Ritzer refers to this as McDonaldisation, according to his theory there is no time wasted while making and packaging the foods for consumers, even the packaging is used to hold the whole burger together, this method can be very beneficial to contemporary firms because this means they get the most of their staff in terms of the work ethic.

Ritzer argues that Fordism, Bureaucracy and Taylorism can be identified through the processes and operations of fast food outlets such as Mcdonald’s and other contemporary organisations.

One of the reasons for the high work rate of the employees in McDonalds is due to the delegation, the firm tends to delegate more tedious tasks to the lower ranked employees, it seems that the lower down a employee is on the organisational chart the more consistent their work rate must be and the wages of the employees such as crew members are significantly lower.

In addition Ritzer hypothesis signifies that rationalisation is not only efficient it is also cost effective, large cooperates such as McDonalds have thousands of staff which work at the same pace, this means that the firm is getting more for what they pay in salaries. For example many restaurants have very slow service but their workers still get paid at an hourly rate, therefore this would be more beneficial to the staff.

But due to the fact that all the staff work together as a unit, one could argue that it lightens the workload of the employees, on the other hand for a firm like McDonalds it would vary depending on how much demand the consumers have for the business’s goods during the day.

From Ritzers studies rationalisation indicates that it is more useful to the owners of the firm rather than the employees due to the fact it would require them to work much more for the same wages.

Similarly to Ritzers theory on McDonaldisation, Henry Ford believed that the speed of the creation of a product relies on the individual members or parts aiding the creation, for example a conveyor belt that is used to package foods would also need workers to ensure the goods and properly packed and to make sure the machine works consistently, fordism is more beneficial to firms that mass produce goods as the conveyor belts would need to remain constantly running.

Through Ritzers theory Travelodge could save a lot of money as well as time, the employees could check to see how long guests stay for to figure out whether their clients would need the freebies such as mini shampoos and other hygiene products that the firm offers, but the firm should only offer these to long term stayers because it would not be a cost effective approach to gain customers.

READ  PPC advertising firms in India, to help you get the best results in marketing

It can be very time consuming to place these freebies constantly in new customers rooms especially if they only plan to stay for a day, Henry ford believed in cutting out inefficiency in order to create a constant and well working end product.

Through Ritzers studies it has been made clear that businesses that use rationalisation have poor working conditions and in some cases behave unethically, for example according to Neumann.edu, Ritzer stated that “Efficiency has become inefficient,” this suggests that these large corporate firms such as Mcdonalds focus so hard on dominating the market that they simply cannot cater to all their market at the speed that they desire.

During this recession many businesses have gone into liquidation because of the fact their products and services are not essential such as Woolworths, the main problem with this store was not to do with rationalisation but was to do with the fact that they did not specialise in any specific product or service.

Junction Hotel is another example, according to the case study in Foundations of management and organizing this firm is a luxury hotel which means that their facilities are desires but not necessities.

That is a disadvantage to the company because there are several other hotel outlets which prove luxury such as San Sebastian Hotels, luxuries must be made to seem completely necessary in order for the firm to keep the customers.

Through Ritzers methods of rationalisation the firm could use an increase in efficiency for the purpose of their target market, due to the recession individuals look to cut costs wherever necessary but if the firm makes the customers experience seem well worth the cost than this may signify that the firm may continue the day to day operations.

READ  Basic Features To Notice In A Cryptocurrency App

On the other hand, this puts strain, as well as pressure on the workers as the cost of efficiency, can lead to workers with lower wages and longer hours of labor, as well as poor working conditions but this is what Ritzer argues against, he believes that rationalization should be used within contemporary businesses but without the workers suffering for it according to Neumann.edu.

In conclusion, Ritzers argued that rationalization may benefit a firm in terms of their productivity but it can also damage the reputation of a firm e.g. Mcdonalds, Ritzer suggests that there should be a balance between working staff to improve the efficiency of the firm and making sure the staff is treated like part of the team not just factory workers on a conveyor belt. 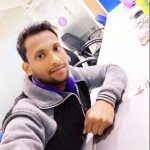 EXCELLENT Based on 45 reviews.

Roberts Smith
Verified
I had my company's site almost up and running but the graphics were still something that needed to be sorted out before the launch. So, I reached out to Agio Support Solutions Pvt Ltd and got in touch with their graphics team. And bravo!! Those young lads absolutely nailed it and their graphics alone led to about 50% of the engagement on our site. Now I am also thinking of getting the entire content on the website revamped and see what they can do with the content. I am sure they will do a fairly decent job with the content too.

Ankit Sharma
Verified
We value you.

PPC advertising firms in India, to help you get the best results in marketing

Top 10 Countries In The World You Must Visit